Bora Bora is known as an island paradise to those who visit and know about it. It is a tourist haven to enjoy the soft white sand beaches, crystal clear waters, sapphire blue skies and seclusion. In case you want to know a little more about paradise, here are 10 things you might not have known about Bora Bora.

#1 Bora Bora is part of France

view from a helicopter at mount otemanu at bora bora island

Bora Bora is a tropical island in French Polynesia (more commonly known as Tahiti) which is made up of 118 islands that are divided into five groups. The volcanic Society Islands in the middle South Pacific Ocean is where you’ll find Bora Bora, halfway between Australia and the USA.

#2 There is no ‘B’ in the entire Tahitian Language

Originally the island was named Pora Pora. This means “firstborn” by the original Polynesian settlers that inhabited the islands. The first European settlers to visit the island misheard and believed the natives had said Bora Bora, so this is why we call it Bora Bora today!

All of French Polynesia is a poisonous snake and insect-free! Bora Bora is free of any pests, snakes of vermin. You could literally go for a stroll without bug repellant, take a nap on the beach and not have to worry about insect or any critters! Talk about paradise!

#4 Bora Bora is known as the ‘Romantic Island’

Because of its amazing beauty and isolation, it is a hugely popular place for couples and honeymooners. Not only that, just 19 km north of Bora Bora, by helicopter or boat, you can take a ride to Tūpai (also called Motu Iti), which is a coral reef formation that looks like a heart!  This magical piece of nature is 11 km in area and is totally gorgeous!

#5 Flowers can be used to show your relationship status

A flower that is placed behind the left ear signals that a female is taken. On the other hand, if you place a flower on your right ear, it means a female is single. This can also attract some male attention from Bora Bora natives and they will flirt. Did you know that half of the population of Bora Bora is below 20 years old? You will see many beautiful people enjoying the sun on the beaches.

#6 There is no public transit in Bora Bora

Bora Bora is actually a little island that is made up of 3 villages: Anau, Faanui and Vaitape. There are fewer than 9,000 permanent residents. The total area of 29.3 km, is so small that there are no forms of public transit. If you plan to visit, be prepared to either walk or rent a car, bike or two-seater buggy.

#7 There are hundreds of underwater species around Bora Bora

#8 The best beach in the world

In 2013, CNN did an article detailing the World’s 100 best beaches – Bora Bora made the list with Matira Beach! The soft white sands and calm waters was number 8 on the list and is described as a beach that is ‘a little too perfect to be believable.’

#9 Tattooing is a sacred art in Bora Bora

Tattooing is a sacred art that is believed to have come from the two sons of the God of creation, Ta’aroa. Tattoos are considered a sign of beauty. They were used to show the person’s position in society.

#10 Bora Bora is a Hollywood destination

Bora Bora may be out of reach to many of us right now, but you can get glimpses of it in film and televisions. Couples Retreat, the 2009 romantic movie starring Vince Vaughn and Kristen Bell was filmed at the St. Regis Resort. The Bachelorette season finale starting Ali Fedotowsky was filmed at the Hilton Bora Bora Nui, the same place Keeping up with the Kardashians shot 3 episodes of season 6 while on the island.

Check out our Bora Bora vacations and browse to find the perfect vacation for you! Ask a Travel Team Agent for suggestions or to custom plan a tropical vacation, just for your needs!! 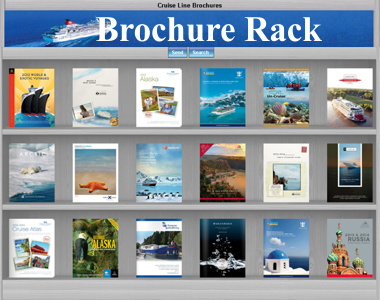